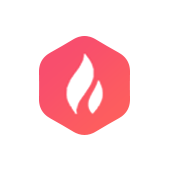 Prank your friends and tell them you matches with a celebrity, movie star, singer or a common friend. 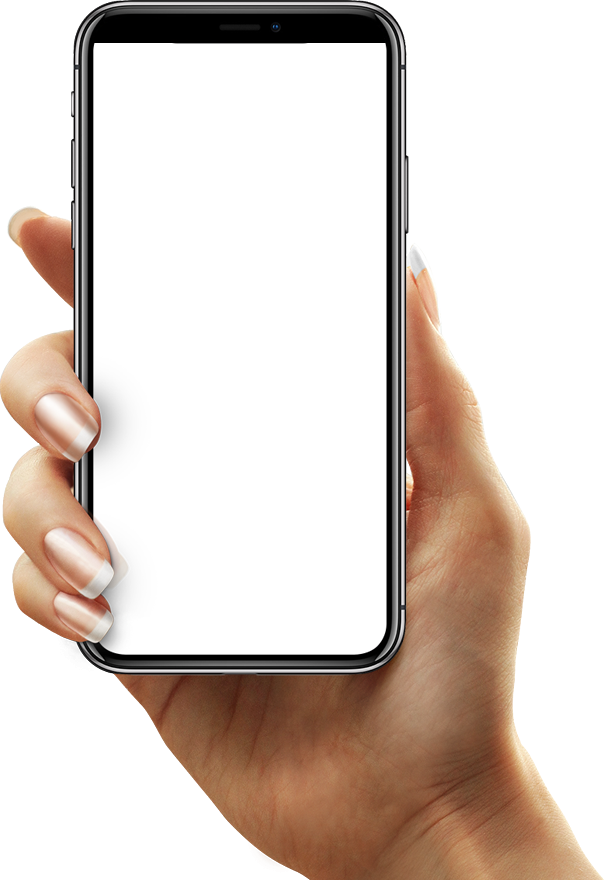 You and Molly have liked each other 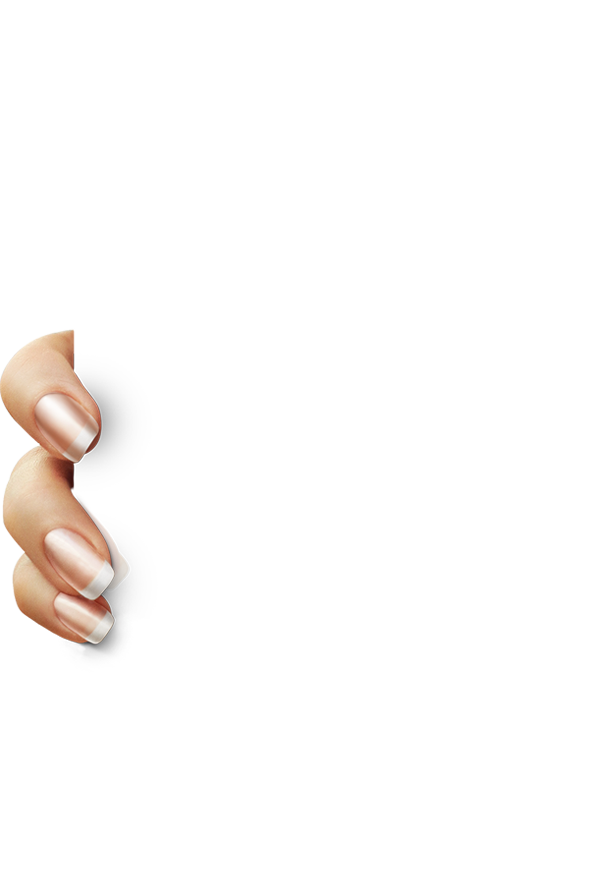 Your Fake Tinder Profile is ready

You can download the image, and we've made it a HUGE size (1125 x 2436 pixels) so you can use it on media and make it as trustworthy as possible

Awesome and easy, right? Now download the image or share the link below to prank your friends.

The Tinder Guide for men - Written by a Woman

Guys often complain about how hard it is to use Tinder. As a woman, I am not at all surprised, as I swipe left on 95 percent of the profiles I meet. But if you're wondering why you don't get so many matches or why you've been ghosted so many times, you probably haven't figured out what it is you're doing wrong.

I understand why Tinder can be a struggle. I've been using the app for almost a year. Before I deleted it recently, I had hundreds of matches, more blocked phone numbers and Snapchat accounts than I can count. During the many hours I spent swiping, I identified some pervasive mistakes you guys make. You may hate me for being a witch, but as a woman who has used this app too much, I'm here to help. That's why I've created a guide for you guys who want to improve your Tinder game.

No one spends time trying to guess who you are. And if you use a group image as your primary image - which is far too widespread - you will inevitably experience more left-swipes for that reason. It's better just not to.

Based on the thousands of profiles I've swiped through, it seems like some of you are scared to take selfies. You don't have to be. Take a selfie, give us a shot of your body, another picture or two of yourself and maybe a meme for a good word.

How to Write a Bio that Doesn't Suck

When it comes to your bio, think 'the less, the better'. Give us a few short pointers about yourself or write a sentence or two that shows you are creative, fun or possess other attractive qualities. Height should not be mandatory (which many of you apparently think). Personally, I would ask if I went into it.

Examples of things you should not include in a bio:

"I have a company and 6 cars": I think the dating site you are looking for is SugarDaters, buddy - Cut it!
[poorly written giant text block]: To quote lyrics and afterwards list activities you like without so much as a new paragraph ... Okay. *swipes left*
"I have an opinion about women. Prove it if I'm wrong": With your profile picture and text, you just managed to tell all the women on this app that you hate women. Good luck with them.

A Note on Tinder Pictures with Pets

Animals are cute and soft and much better than humans. I understand it well. I have swiped right alone because of a cute cat or dog and many women I know have done the same. It can certainly have an effect, depending on the woman. On the other hand, there is a right and wrong way to include your furry friends on your Tinder profile.

But keep in minde that it can send the wrong signal, especially to women who have no interest in pets. Don't make it a part of your personality. We are many pets that we love, but just like with children, they belong at home in their safe environment - and not on a dating profile such as Tinder.

Super Likes can be Super Creepy

I personally threw up a little bit in my mouth every time I saw a super-like notification pop up on my phone until I did myself the favor of turning them off. I don't know exactly why - maybe it's just the type of guys I attract - but nine out of ten times the men who super-liked me were exactly the type I would never allow myself to touch. It seems rather unassuming to be super-like, since you are immediately pushed into a woman's feed. Sometimes it works - assuming she finds you attractive instead of being instantly repulsed.

To summarize, if you need to super-like, then do it with caution and thrift. I personally have only done it three times: twice by accident and the last time to troll a friend.

Uniforms are NOT as attractive as you think

... And what does your employer really say about you wearing a uniform on Tinder? Think about that before posting such pictures on your profile.

Be Honest when it comes to Your Intentions

Some men on the app are pretty unclear about their intentions when deciding whether to meet. If you want to hook up, just say it instead of being subtle - and don't say you want to "hang out." I think most women prefer to know what they get rather than meeting up with the expectation of having a friendly drink and then trying to hook up after five minutes.

On the other hand, opening the chat with "DTF?" Is probably not the best idea. or "When I'm done with you, you can't go." Again, the goal is not to give the woman immediate creeps. Once you have balanced the mood by exchanging a few messages, you may want to throw in a daring message if she works on it. That said, let's talk a little about your opening replies.

If you want an answer, then the simple way is most often quite effective: some version of "hey, what?" Alternatively, you can ask her about something harmless that relates to her job or interests from her bio or give her a compliment that is sweet but not creepy.

Where to meet on the first date?

First of all, DO NOT, I repeat, DO NOT insist that a woman from Tinder whom you have never met come home to you on the first date. At least do not present it as the only option. If she suggests it is ok. But overall, we're not a pizza - you can't just have us delivered to your home. I'm not saying it doesn't work on certain brave ladies out there, but it's nice to have a more neutral option to start with - for example, a public bar or coffee shop.

Sometimes it's simply not about you ...

This one is important. Seriously, sometimes it's just about us. We lose interest, unmatches, move on in our lives or ghosts. Sometimes we're just here to look at people for fun - just like you are.

The last thing a woman wants to see when she opens her Tinder after a few days without checking it is several messages from a man who has gone mad because she hasn't answered yet. If your message history with a woman looks like you're talking to yourself, you're doing it wrong.

If a woman is unmatching you, then do not contact her on social media. Believe me, it was most likely on purpose, and dwelling on it will only keep you from future hook ups and potentially meaningful relationships.

Why am I not successful on Tinder?

You probably thought it, and it feels a bit unfair: Women get many more likes, and they get far more matches out of their likes. According to researchers behind a new study on Tinder behavior, it simply reflects the mating strategies of the sexes that they have embraced throughout evolution. Men right-swiper loose on everything with heart rate, while women are more discerning in their choices. Nothing new under the sun there.

The researchers from Queen Mary University in London, England, made 14 fake dating profiles, seven male, seven female. They were activated in London and New York, where they automatically swiped right on all presented profiles within a radius of 160 kilometers. It then turned out that the fake man profiles had difficulty getting matched and receiving messages. They matched with less than one percent of the many profiles they liked. The fake women profiles had the opposite luck in (or with) the syringe: They matched with 10.5 percent, and they also matched faster, hundreds more during the first hour.

In other words: The real male users swipe right on far, far more profiles than the real female ones.

The study also revealed that the real profiles reacted differently. Only seven percent of male users who matched the fake female profiles wrote a message. For the women, there was 21 per cent - which indicates that women make a greater effort when they first become interested. It is also reflected in the length of the messages sent. Median length for men: 12 characters. It pretty much corresponds to 'Hey you look cute'. The corresponding figure for women was ten times as large. All in all, this could mean the following for our Tinder behavior, according to the researchers. Men experience limited matching when picky, which makes them frustrated, throwing even more likes to increase their chances of matches. And it is only when they have noticed a match that they begin to be discerning.

Women can drown in offers

The woman is much more likely to get a match. She's a right swiper less than men, but the ones she likes are more likely to like her, too. And, among other things, to avoid drowning in matches she is thus more selective, which also means that she has 'invested' a little more in the match profiles than the man typically has.

Result: Frustration in both sexes: The man feels overlooked early in the process, and it causes him to increase his already abundant likes, and the woman becomes even more picky, and when she has finally chosen a man, he may not be as interested because he has searched so widely. That we get this behavior on Tinder and other similar dating apps is probably due to our evolutionary history:

As it is a much more expensive pleasure for the woman to mate and especially multiply than for men, the woman has evolved to be selective in her choice of men. She wants to avoid mating with a gifted pig that does not pass on good genes to the offspring or is able to / will care for her. And the man he shoots with a shotgun in the hope that someone will receive.

Yes, our behavior in latest digital dating offerings is not much different than it was among our more analog-oriented ancestors - or in the city's meat market.